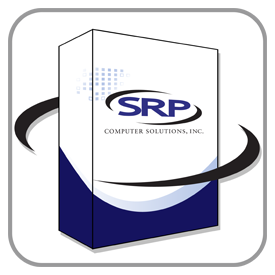 The logical combination of both arrays.

It's not unusual to have at your disposal two arrays of unique values, especially arrays of keys. The Join service takes two arrays and merges them into a new array. For example, imagine an array of employee keys that references all managers and another array that references all female employees. The Join service can quickly produce the intersection of these two arrays, giving you an array of keys for all female managers.

The Join service can join two arrays using four logical operations: AND, OR, NOT, and XOR. Each operation is described in detail below. If omitted, the "OR" operation is used. The merge is case sensitive by default. For case insensitive merges, append a C to the operation, i.e., ANDC, ORC, NOTC, or XORC.

IMPORTANT: Keep in mind that no matter which operation you choose, the Join service only returns unique values.

The logical OR operation returns all items that appear in either LeftArray or RightArray. This creates the union of two lists. It's effectively the same as append the two arrays, with the exception that it still only returns unique values. Here is the Venn diagram for the OR operation: 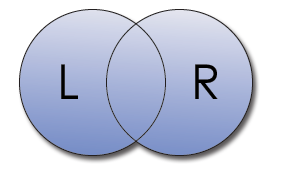 The logical AND operation returns only those items that appear in both LeftArray and RightArray. This is what we call the intersection of the two lists as demonstrated by the following Venn diagram: 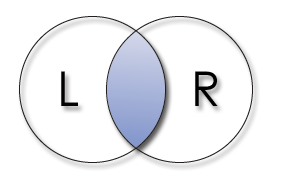 The logical NOT operation returns only those items that appear in LeftArray but not in RightArray. In other words, think of RightArray as an exclusion list. Here's the Venn diagram for the NOT operation: 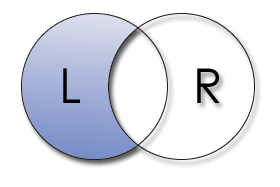 The logical XOR operation is shorthand for Exclusive OR. It returns all values that appear in LeftArray or RightArray, but not both. The following Venn diagram illustrates how this is the inverse of the AND operation: 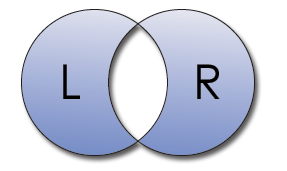 Note: The Join service is case sensitive. That means that "John" and "JOHN" are considered different values. Since the Join service was designed for arrays of keys, we felt this approach was appropriate.